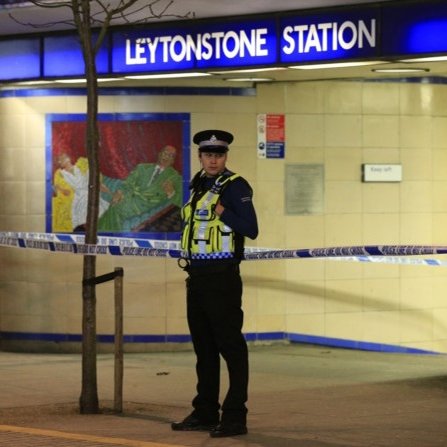 A man stabbed some people on the underground. “This is for Syria” he cried.

Event A occurs, man choosing of his own free will to undertake event B claims it is due to event A. There is apparently no need to examine what each event entails, 1 + 1 = 2 and we therefore all know who is to blame. Why of course, it is David Cameron.

Here are a few from thousands:

Early reports suggest the attacker was North African, which would seemingly make this attack one of Islamic Nationalism rather than a direct response from a Syrian for Syrians. If this turns out to be the case I hope those saying this has ‘nothing to do with Islam’ are not the same people that also claim it is due to us ‘attacking Muslims’.

I’ve written plenty on these ridiculous assessments of causality and here, once again, is Norman Geras  with the definitive attempt at explaining what really shouldn’t require explaining:

The ever-so-slightly more nuanced counter-argument might go something thus:

I do not condone what the man did, it was his choice, his action, but Cameron was warned about what might happen after Wednesday’s vote, he ignored that and therefore he must take his share of the blame, he has blood on his hands.

The chosen actions of this man are not adequately explained by expanding the geographic area of an already underway military operation. It didn’t mean that he had to go and start stabbing civilians.

However, I’m not going to repeat what I have argued several times before so I will try another approach and this approach is best summed up as “if you can’t beat them, join them”.

I too am going to shift the blame from the shoulders of the man who undertook the attack but I am going to put it on those belonging to the people most vociferously campaigning for a ‘no vote’ on Wednesday.

In order to achieve this sleight of hand, let me give you a previous example of something which I shall call the “phenomenon of the excuse to hand.”

The London riots of 2011 were a blank canvas to commentators from Left and Right upon which they threw their favourite colours. The Right were happy to explain by a lack of discipline at school and family breakdown, the Left spoke of rage. Rage about the 1%, the ‘rich’, the bankers, the elites behind austerity. Sometimes this went as specific as the removal of the Education Maintenance Allowance.

With the above in mind I invite you to listen to this BBC interview with some girls who were fresh from a bit of looting. It’s only 50 seconds.

They looted local shops for their wine because these were ‘the rich’. It is illiterate and nonsensical.

Listen to this, with its expression of enjoyment and fulfillment, and tell me that their invocation of the ‘rich’ and the related injustice is anything more than an excuse which happens to be floating nearest. They don’t know who the government is, they don’t realise that the ‘rich’ who are apparently to blame are not represented by the local off-licence. However, they are aware that this might provide a protective blanket from criticism, they know its invocation may serve to absolve them and cause arguments among others. It’s victimology 101.

Which of us hasn’t seen such behaviour when two parents cease to provide a united front and argue with each other about the actions of their child? No matter how young that child, they will jump at any split in the parents and, hey presto, they have their excuse. And it will have traction with one of the parents against the other.

When a suicide bomber leaves the video with a list of his reasons, and they include Israel, how well do you think they understand the conflict and how well are their actions explained by it? Will they know the name of the leader of the Palestinian Authority? Will they be able to speak to the border disputes and arguments of either side? Unlikely. But they will give it as a reason and people sympathetic to the plight of the Palestinians will repeat the mantra that there can be no peace across the Middle-East until Israel is dealt with.

I am not suggesting there is no anger about Israel but I am suggesting the excuse is out there in the air, and with no real knowledge about the situation it can be easily plucked and provided in the knowledge that it will have currency within our society.

The debates surrounding this latest British expansion in operations to some extent helped create a self-fulfilling prophesy. The more we proclaimed that this would produce greater anger and responses, the more we set up a situation where any responses would be used as a weapon against our own government to weaken its resolve. In doing so it makes such responses more likely. Our own weakness, which is manifested in the production and repetition of such self-hating tropes, is being jumped upon and utilised against us.

If you say terrorism is meant to divide us then surely we are providing such a division, ready-made, to be taken advantage of when some of those arguing against the action choose such poor arguments.

If Cameron wasn’t observing the new convention that all military actions need to go before the Commons, one I am far from certain I approve of, if he had just allowed jets to bomb over the border with little fanfare, I wonder if we would not be under less of a threat. If people hadn’t made such perfect ready-made excuses and pre-approved the right to be angry, would the same number feel enabled to express the anger thus? Especially knowing that they would be excused and embraced and their justification laid at the door of the Government. This is a form of protest and division made effective by the most shrill voices campaigning for a ‘no vote’. I suggest they made Cameron’s decision far more potent and liable to be used as justification by men with knives than more reasoned objections would have.

To be utterly clear, the blood is ‘on the hands’ of the man wielding that knife. However, if you are to insist that I abandon the principle of assigning agency to the murderer, as so many people do, then I am choosing to blame you, the Verkrapt Left. And I shall do for any future incidences. Two can play this game.

3 thoughts on “Two Can Play the Blame Game”