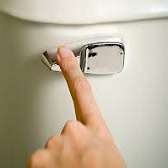 ‘He’s obsessed’ you remark. Well yes actually, I am a bit. But even when I think enough should have been said on this matter yet more turds float to the surface and I think it important to try and flush them. By now however, it’s beginning to feel like nothing so much as playing whac-a-mole. But with turds.

Much has already been written about the PEN debacle. This by Tom Owolade is typically good. I have also attacked Glenn Greenwald’s laughable contribution here. But the same tropes keep coming up again and again. 10 days after the massacre I posted this long and, I had forlornly hoped, exhaustive piece breaking down the various forms of apologia. I think it holds up. However, the superbug like inability for some of this bullshit to die is quite something to behold and is itself worthy of examination.

As I said at the time, the filthy fifth-columnist detritus require little examination. They are Islamists and wish to exculpate Islamists. The Useless Idiots like Nabilla Ramadi suffer from a form of Muslim nationalism that makes her bend any truth or logic to ensure that all Muslims are not tarred with the same brush. Even though no serious person seeks to do so.

But there are the others. The sort of smart, talented and lauded person who when not writing novels sends letters to PEN explaining why the unbelievably brave shouldn’t be granted a bravery award. These are the ones deserving a second glance. Yes, because they really should be allies but also because their problems are seemingly a touch more complicated.

Charlie Hebdo is a satirical magazine whose staff were murdered for the crime of blasphemy. This fact alone should entail support and sympathy from everyone who believes the right to mock ideas and cause offence trumps acquiescence to blasphemy law.

This is obvious. He goes further:

But Charlie Hebdo are not racist and their staff were not murdered for racism and hate speech. They were murdered for depicting a religious figure.

And yet those writing to PEN, months after the event, keep insisting black is white.

Good people, not horrible Tories like me, but proper lefty types, people who know, people who work for Charlie Hebdo, people who are French, folks that have actually sodding read it, tell them in many different ways, repeatedly, what Charlie Hebdo were/are about. It is crystal clear what they are about and there is no possible excuse for ignorance. Yet ignorance is what flows from the fingers and mouths of these weapons. This is no longer a lack of information, or even a difference of opinion, this is a mental condition. It is the practice of denying clear reality no matter how much evidence is smashed across their heads.

As tempted as I am to call this mendacious, I truly believe most of it is not. They just don’t have the faculties to face up to objective reality and accept what that would mean for their comfort blanket of a world view.

I previously described such people’s world view as following the 3 Stages of Stupidity. In it short it goes thus:

2: Divide the world into oppressor/oppressed

3: Assume the superior virtue of the oppressed.

When David Frum obliterated Gary Trudeau he expressed a similar variation, which he knocks down into two stages:

1. Identify the bearer of privilege.

There is really something in this. Please read my full and fleshed out explanation as I still think it is the clearest answer to the mystery of their pathology. Add to this explanation the tendency in many educated ‘liberals’ to be singularly unable to empathise with a thought process involving any aspects that mean nothing to them. A fervent devotion to religion and the feeling that blasphemy is enough gets no dice. It must be identity politics or economics. Those are the only tools in their box.

But I really didn’t expect things to have sunk quite this low:

The fucking narrative? It was a massacre. It was events. Strange it should take a novelist to attempt remove all flesh and life from such a discussion. Though I suppose when it serves her purpose so clearly…

As for her summation of the narrative, white folks killed by ‘dem brown folk, if this were true it would be a fact and not a narrative. But it isn’t even true. Check the list of the dead. And who is spreading this ‘narrative’? Something this wrong needs a reason. She is actually willing to change the facts in order to not have to adjust her own pitiful ‘narrative’.

Comment is free but she comes close to making one wish it wasn’t.

The bitterness and rage of the criticism that we have received point out how difficult people find it to think with any clarity on these issues and how easy it has been for the media – and our culture – to fan the flames of prejudice against Islam. As a result, many innocent Muslims have been tarred with the brush of Islamic extremism.

The bitterness and rage is because people such as herself are denying reality and propagating 24 carat bullshit to obscure the obvious clarity about the murder of innocents.

If it is easy to fan the flames, perhaps it has less to do with our difficulties and more to do with the postjudice that follows yet more users of the right to free speech being slaughtered by religious maniacs. The very rights she nominally campaigns in support of. Her final sentence takes the biscuit though. If she wishes for the Muslims that have nothing to do with these crimes to be free from association with them, is it not best that her and others stop representing these crimes as springing from the collective anger of the same mass of people? By pretending it isn’t blasphemy but some reaction to socio-economic factors the suspicion is cast on those they have lumped together by a demographic distinction. If one seeks to deny the real motivation and replace it with their ‘narrative’ about reactions stemming from Muslim anger are they not doing the heavy lifting in this job of tarring?

She has plenty more:

But I also don’t feel that it is the mission of PEN to fight the war on terrorism; that is the role of our government.

When one realises the opponents in this war are the greatest threat to free speech going, it most certainly should be. It is all of ours. But nobody is asking her to pick up a rifle and stag on. There is some part of this fight that calls for removing the taboo of religious offence, which aids in demystifying the beliefs of these loons. That as it happens is dangerous work. Charlie Hebdo was doing that work. It is what they were to be recognised for.  At worst she is seeking to undo that work and at best pretending it wasn’t being done.

I have nothing but sympathy for the victims and survivors.

This is untrue. She also has contempt for their output. She makes this clear.

As a friend wrote me: the First Amendment guarantees the right of the neo-Nazis to march in Skokie, Illinois, but we don’t give them an award.

If only we could all have friends so insightful and quotable. This thought from her chum works to show it is possible to stick up for the worst speech imaginable without approving of it. Fine. The problem is though, Charlie Hebdo weren’t Nazis, or even close. In fact, they were anti-Nazis and everyone is sick to death with having to point this out. There is no way she doesn’t know this. Yet still she pretends and willingly smears the dead as purveyors of detestable speech. It really is becoming ever more clear that reality is not unknown but merely unwanted.

No. A thousand times no. Some people are for us. Some people are against us. That is rational and it is careful. If you have a masturbatory sense of your own intelligence that requires a masochistic search for nuance where there is none to be found, you have a problem. Not only were the attackers against us, they couldn’t be more clear and loud about this fact. Yet again they choose to listen to themselves rather than the facts.

One of the more disappointing aspects of this is that they are helping least the people their pitifully solipsistic sense of guilt is meant to be considering. The peoples most in need of the liberating view points of Charlie Hebdo are the Muslims, atheists and others stuck in places far less amenable to a free existence than France. Try Raif Badawi, Avjit Roy or Sabeen Mahmud if you wish to get specific.

This brings us on to Teju Cole. This ball of self-regard and pretension specifically draws a line between Charlie Hebdo and Roy and Badawi. In his letter to PEN he wrote:

I would rather honor Raif Badawi, Avijit Roy, Edward Snowden, or Chelsea Manning, who have also paid steeply for their courage, but whose ideals are much more progressive than Charlie’s.

Much more progressive? This really does confirm either startling ignorance or a willful denial of reality. I would like very much to hear his response to this question: What are Charlie Hebdo’s ideals? As I wrote in my Letter to Laurie Penny:

Charlie Hebdo consistently and unfalteringly engaged in opposition to the following:

This list hints at some pretty progressive ideals no? I will go further, I cannot conceive of an organisation with more progressive ideals than Charlie Hebdo. On what grounds does Cole feel qualified to draw this line? He needs to back this up. Avijit Roy was described by many as Bangladesh’s Charlie Hebdo and Raif Badawi is in prison for the same reasons so many at Charlie Hebdo are dead. Could it be that there isn’t a real difference in their ideals but that the other two happen to be a bit brown? It’s the only answer that fits the facts. And it is pathetic.

To read the letters justifying the grandstanding of these people is depressing. I am both saddened and maddened that such self-serving discharge is openly expressed by people considered to be thinkers and that in our time this is what passes for an intelligentsia.

We are bound by duty and decency to show solidarity with Charlie Hebdo. But more than that we are bound by self-preservation. A case I have made previously. (Shit, hasn’t all this been said previously?)

Their bravery is beyond question, that giving them an award for it should be questioned on taste grounds is wrong. That the objections to the taste are fabricated from falsehoods and smears is odious. Salman Rushdie said “I hope nobody ever comes after them”. It’s a noble sentiment. My nobility is really beginning to show cracks.